The artistic annual report 2018/19 of the Zumtobel Group was designed by renowned Austrian architect Dietmar Eberle from Baumschlager Eberle in collaboration with Sascha Lötscher from Gottschalk+Ash Int’l, Zurich. The 28th edition of the art book focuses on the architectural interplay of light and space. 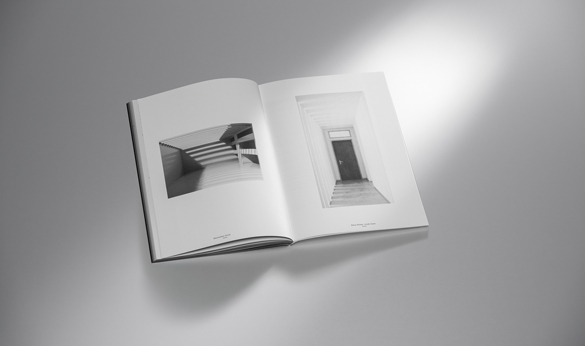 The “protagonists” of the 2018/19 edition are model buildings arranged with light and photographed in black and white, which were created during Professor Dietmar Eberle’s professorship at ETH Zurich in the work with his students. Eberle and Lötscher engage in the interplay of light and space from an architectural perspective and in making light visible through strong contrasts. In the book, the photographs are arranged from dark to light in order make the light better visible. Coarse screens for large images and fine screens for small images additionally underline the visibility of light. It is a coming-together of contrasts – dark/light, black/white – which become softer as they partially merge. 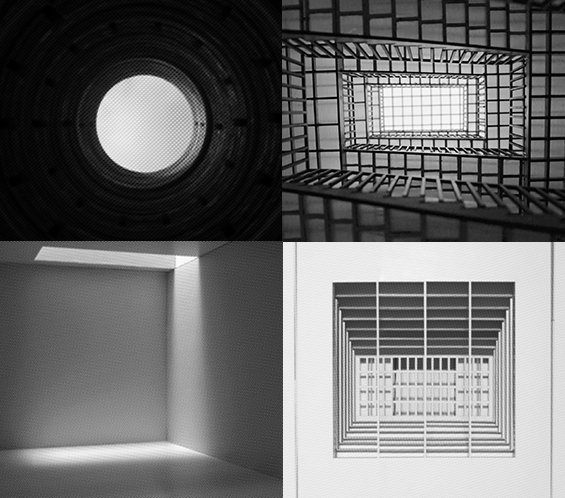 GB2019_Eberle_03
Layout and typography as means of design follow the photographs in their arrangement from dark to light, and play with dynamic positioning and size as well as the combination of density and distance. The artistic annual report starts out with harsh black and white, finding a triad of black and white on grey paper in the middle and closing with harsh black and white in the end. Generous pages with large blank areas provide light and, in contrast, alternate with highly compact typographies that appear rather dark. 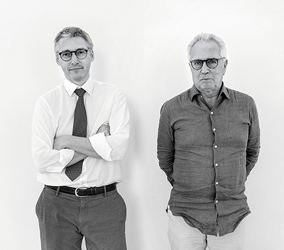 “Architecture only consists of light and shadow. Light is the central momentum in architecture, through which the world appears in the first place and becomes visible. Insofar light is something very natural. The students’ works I use in the annual report are all characterised by dealing with light. This annual report is an idea of describing the times that lie ahead of us. What the students document in their work will be the architectural reality in our society in 15 to 20 years.” Professor Dietmar Eberle, Baumschlager Eberle Architects

“The connecting element is the gradient from black to white. Everything is subordinated to it. It is all about making light visible through design. For example, we used a very coarse screen for the large images. With this coarse screen, light itself becomes a player – light shines through. In contrast, it is only through light itself that the image becomes visible in small, sharp photos.” Sascha Lötscher from Gottschalk Ash+Int’l

Video of the Light Talks event: Presentation of the annual report at the Light Forum in Dornbirn.
© Maex Holzer, Zero Division

Here you get an overview of the Annual Reports since 1992.
Home > Company > Annual Reports
© Zumtobel Group AG 2020    -   ausgedruckt am:  Help Sitemap Impressum Privacy Statement Terms of use